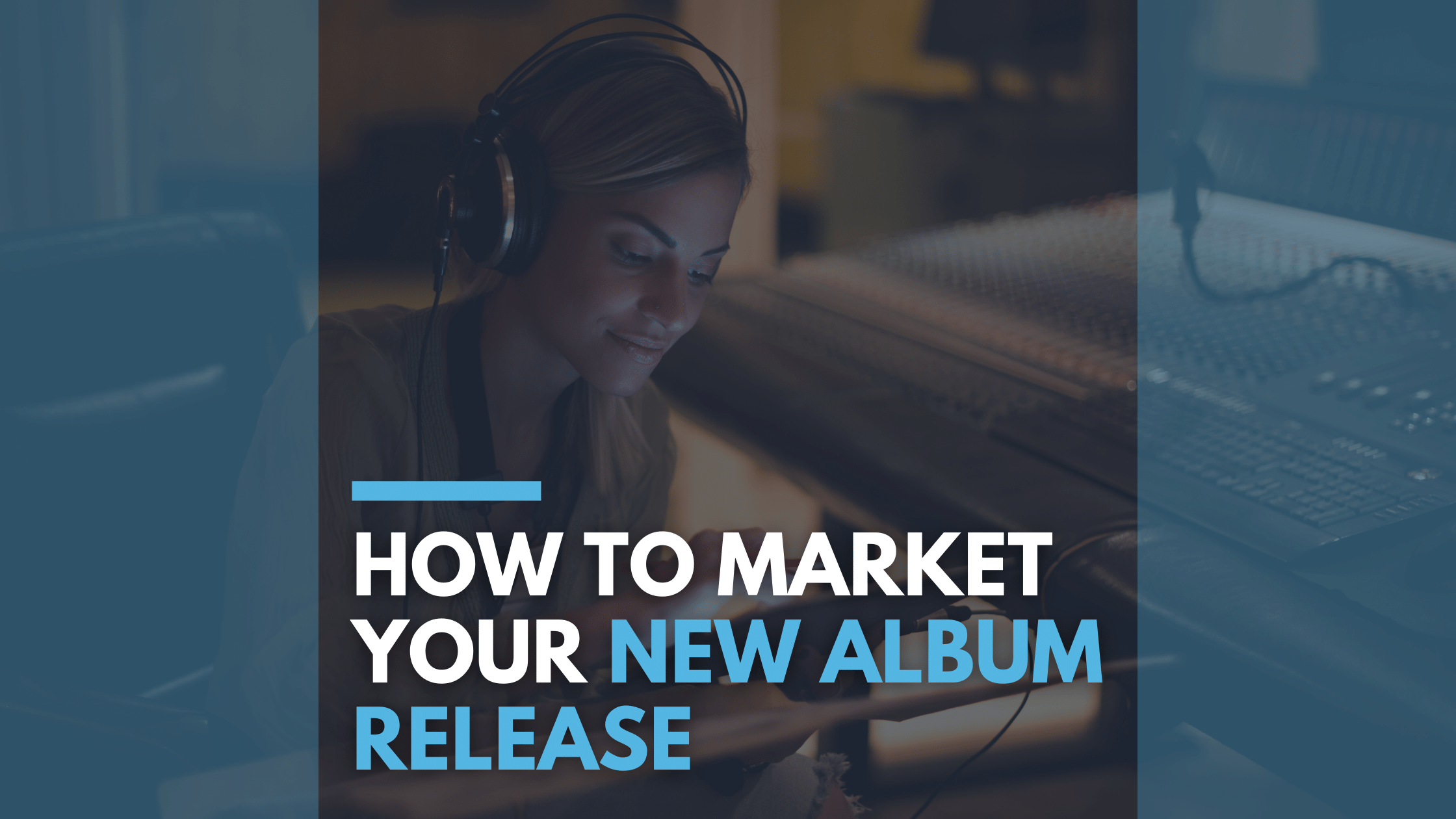 You worked hard on your record, and naturally you want it to be heard! But, the million dollar question is, how do you get your music out there to the right audience? Well, our talented friends, we have some advice for you. The simple answer is a solid marketing plan with plenty of lead-time. We know – that’s a vast answer. So in this blog, we’re going to walk you through an example record release and promotion timeline. The ultimate goal is to put your music and marketing in your own hands.

With that said, let’s get into it!

How To Market Your New Album Release

Give Yourself About 6 Months

We know – you’ve spent years writing these songs, and months perfecting them. Not to mention, you’ve spent plenty of time and money in the studio getting everything to sound perfect. You’re probably very eager to put your music out into the world as soon as it’s mixed and mastered. But, as the saying goes, patience is key…

It’s advisable that you give yourself 4-6 months to get your ducks in a row. You will need to organize all promotional assets, press list, tour info, and much more. Ultimately, this is the best gift you can give yourself.

Ah, the dreaded budgeting. This is probably the least fun part of all of this, but the first thing you should do as an independent artist is make a budget and stick to it. The cost to press physical copies of your album aside, here are some additional items to consider making a budget for.

It’s also a good idea that when you make your budget, be sure to set aside an “emergency” fund in case another marketing opportunity or unexpected expense pops up. Just like with anything else, it is always wise to have a rainy day fund. 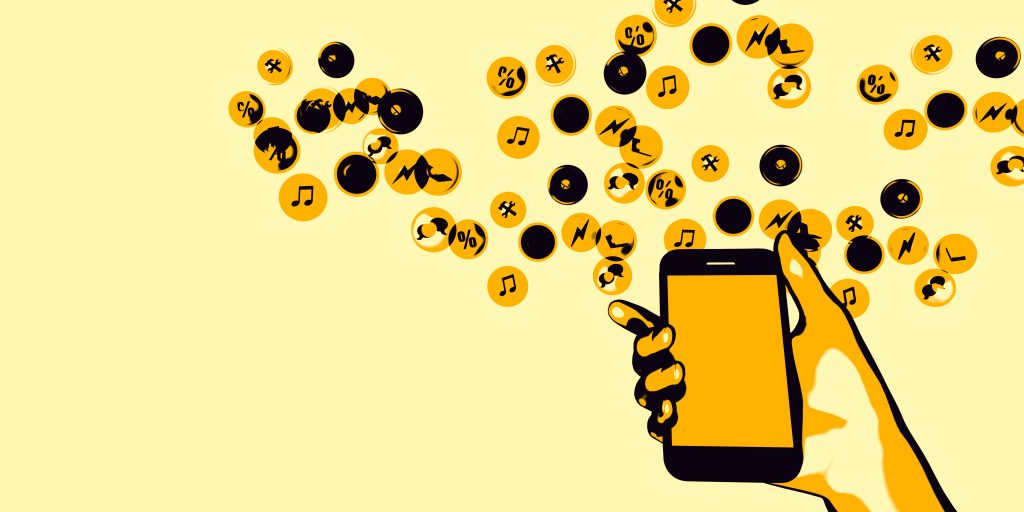 Arrange The Distribution and Printing

This is largely why we recommend planning your release up to six months ahead of time—because that’s how long it can take for pressing to get done.

When you’re searching for CD and vinyl pressing plants, we recommend that you reach out to several providers to make sure you get the best price, and that their timelines work for you. Read reviews, and talk to friends and fellow musicians about their experiences with different providers.You should also check out social profiles for those providers—some even have active social accounts and post about the different bands that hire them.

In terms of digital distribution, the online distributors will place your music on streaming services and online stores like iTunes for a one-time or annual fee. Many services, like DistroKid, also offer free and affordable tools that help you promote your music. Some of these tools include putting you in touch with Spotify playlist curators. Make sure that you keep these perks in mind when choosing your online distributor.

This shouldn’t be intimidating to you. Your website doesn’t have to be overly complicated, but it does absolutely need a few things – a music player or online store, and a contact form email signup form. Now, the online store can wait until you’re closer to your release date, but an email list is really the best way to keep in touch with the fans who care most about your music.

You should know that if you’re not ready for a total website, you can also have a simple landing page- and this doesn’t require any website design skills. Your landing page doesn’t have to be fancy. You simply need an eye-catching image and an email collection form that encourages fans to sign up for updates on the new album, tour, and beyond.

Pro tip – you can even entice more subscribers by offering a free download of an upcoming song or demo.

If you don’t have someone you’ve worked with in the past who you like, now is the time to connect with photographers, videographers, and designers for the assets you will need for your album promotion. You will want to start planning out:

In all reality, music video shoots can certainly wait, and photos aren’t as urgent. However, you should absolutely try to finalize your album artwork. 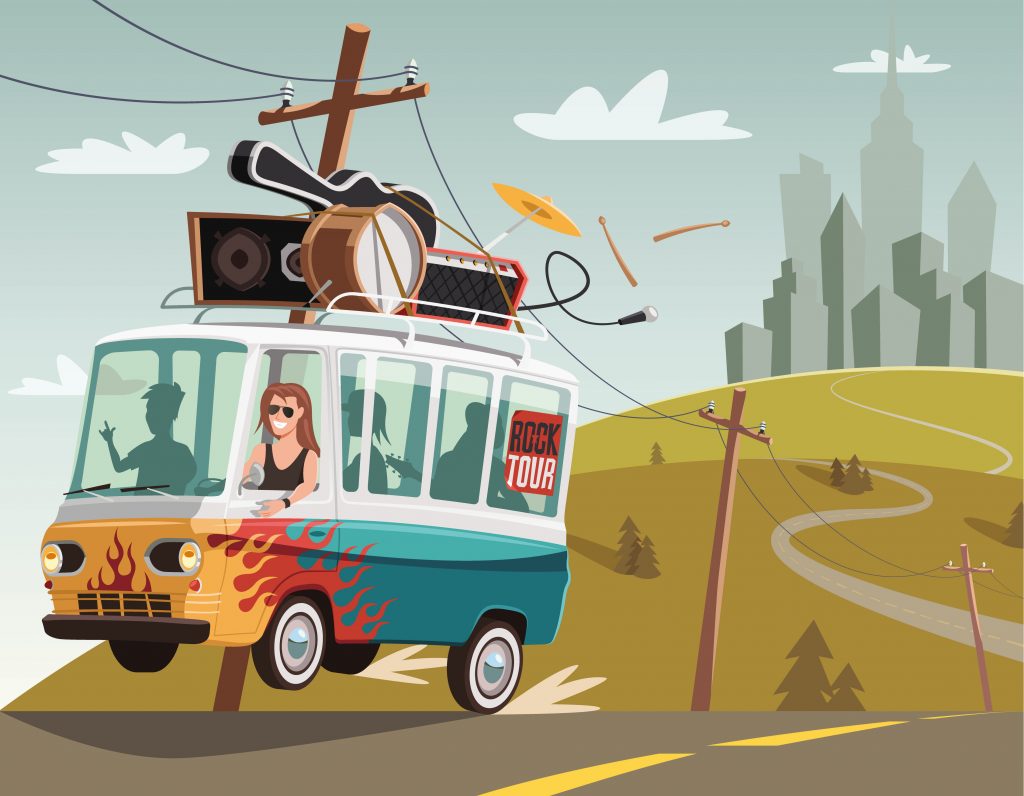 Ideally, your tour will kick off with a hometown record release and will see you all the way through touring regionally or nationally. You should try to connect with local bands in different cities to see if they’d be interested in sharing the bill with you. Think about it this way – if you’re less known in certain cities, a local band can help boost show attendance!

You should also look at the geographic breakdown of your email list to help decide what cities to play. For example, if you have more fans in San Diego than Las Vegas, you might want to skip Vegas for a show in SoCal.

If you’re not hiring a PR team, this means it’s on you to reach out to journalists, radio stations, bloggers, podcasts, Spotify playlists, and so on.

Start by making a media list. You can use sites and blogs that have covered you or similar bands recently, and really anywhere else you’d think would be a good fit for your music.

You’ll want to make sure that you’re covering local targets regionally as well as national media. Make sure that you also include local record stores that do in-store performances, free college papers/radio, local radio stations, and beyond.

Once you have your media list in place, you will want to draft up a release or two, and start pitching. Don’t be afraid to follow up with the media via email and phone after a couple of weeks.

Once you have your promo materials and EPK locked in, you’ll be able to actively focus on promoting your first singles and your album as a whole, and it will be time to release your first single.

The first single release is important because it sets the tone of your whole album release. You will most likely already know what the first single should be for your album, and with a little luck, you already have a video filmed for it.

We know that the temptation might be to sell your single as a stand-alone track, but ultimately you want people to preorder your entire album. You should reach out to your online distributor and ask them to make the first single and “instant gratification” track on paid services like iTunes.

With instant gratification, anyone who pre-orders your album can choose to immediately listen to and download the single.

Alternatively, you could use the new single to drive more email subscribers. With this in place,  anyone who joins your email list automatically will get access to your first single. 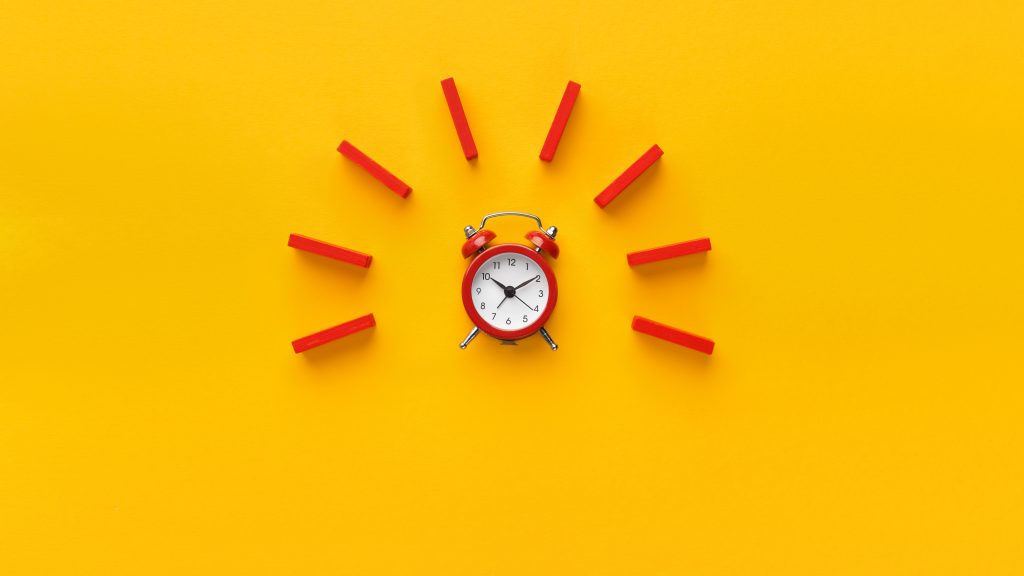 Start the Countdown on Social

As the date gets closer and closer, you should start making regular posts on social media with regular gentle reminders to preorder your record. The type of content you can share includes:

Now that you have an email list of your fans, it’s time to let them know about the album release! Unlike on social media, where you should try to post at least every other day, emails should be spaced out. Make sure that when you build an email list, you stick to it. Here are just a few ideas to get you started:

In addition to traditional media outlets, the Spotify and YouTube playlists are gaining a lot of influence with music lovers. You may end up wanting to pitch to Spotify playlists directly through some distributors (like DistroKid) and through Spotify’s artist portal – you can only do this before your album is released.

Promote your release show (and Tour!)

Now, promoting your release show and tour on email is a great start, but there’s definitely a lot more you can be doing to get that venue packed! One effort is to get posters out around strategic areas of town, flyer similar shows when they let out. Make sure that you create and promote an official Facebook event as well.

It’s finally time for the week of your album release! At this point you should be feeling excited, and confident that you’ve taken care of a lot of the hard stuff in the months leading up to your release. During this time you can start to ship out pre-orders, wrap up any interviews, interact on social media, and actually have some fun!

You should know that whether music is a hobby or your livelihood, releasing an album is a huge achievement. So be proud of yourself and what you’ve created. Something that YOU made is going to be released out into the world, and it’s going to be great!

Don’t worry so much if you didn’t meet those presale goals or your release show doesn’t completely sell out- that’s okay! You can work harder next week to make those moves. During this time, make sure that you’re really enjoying the moment and take it all in.

We at Dalex Design Group would love to be a part of your artist journey. To learn more about our development services, please visit www.dalexdesigngroup.com